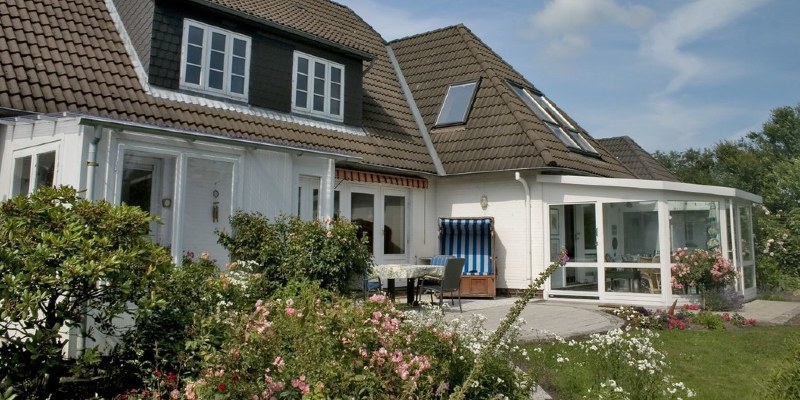 Maine designer Riley Pratt estimates that the typical energy bill because of his home is significantly less than $20 each month. And that’s including the $10 a month he pays only to have support. To put that into perspective, the average homeowner in Maine spent2,949 on energy in 2009, according to the latest data offered in the U.S. Energy Information Administration’s Residential Energy Consumption Survey.

How does Pratt achieve this at a state where temperatures regularly dip below 20 degrees in winter? By harnessing heat obtained from sunshine.

Pratt’s home, built and designed with his own coworkers at design firm GO Logic, is predicated on Passive House standards, which were created in Germany for assessing the energy efficiency of buildings.

at a Glance
Who lives here: Riley Pratt and his wife and toddler
Location: Belfast, Maine
Size: 1,500 square feet; 1 1/2 bathrooms

The home sits at a 3-acre field on a cresting hill about a mile out of Belfast, Maine. It is oriented with all the sun’s winter path in your mind to obtain the maximum warmth from it throughout those months.

A main principle of Passive House standards is a compact construction form. The goal in a cold climate is to decrease heat loss through the building’s shell, something that’s excellent for places like Maine.

It’s simple: Sun shines through the chimney, strikes a surface and warms it up. The home then traps that warmth inside with a virtually airtight design obtained through walls, a roof and even a floor that are superinsulated.

Here structural insulated panels (SIPs), made of thick foam sandwiched between 2 layers of OSB, cover a framework made of 2-by-4s. The roof is loose-fill cellulose (essentially chopped-up newspaper) to a depth of 2 feet, covered in a standing-seam roof to durability.

The exterior is fiber cement clapboard meant to reflect a conventional regional aesthetic, at a deep crimson that speaks to some common New England color palette.

The panels onto the roof in the middle are all for the solar hot-water system. A copper element within a vacuum tube absorbs heat from sunlight on cold days. The heat is exchanged and carried into the home to heat a 120-gallon hot-water tank.

Solar hot-water systems such as these cost approximately $10,000. Different tax incentives and rebates offered in numerous countries sometimes significantly offset the upfront cost to install them. Pratt says that the investment pays off in five to seven decades, based on usage.

Solar photovoltaic panels also help counter power prices. The home isn’t net zero, but it’s close. A frequent misconception is that solar photovoltaic panels directly power the home as well as the electronics inside. The sun shines and the computer works. A more prevalent setup works more like a credit system. The energy generated goes to cancel your bill as a power credit. With grid-tied systems like this, you don’t earn money generating energy rollover credits go into your account and accumulate on an yearly basis.

(Off-the-grid, standalone solar electrical systems require large batteries to store the sun’s energy once the sun is not shining. Batteries need to be replaced, they’re big, and they have a restricted number of life cycles of charge and discharge.)

Pratt points out that it’s possible for him to make the house internet zero, even though it’s not a lifestyle he would like to develop. “People play the sport,” he states. “Like hypermilers in their hybrid automobiles who never go more than 50 mph in order that they could get 100 miles a gallon at a Prius. If you don’t turn on supplemental heat rather than cook, then you can reach net zero easily. This approach isn’t for everyone. In GO Logic houses, you’re still able to live life as you would, without taking on an extreme way of life, and eat very little energy to maintain a comfortable internal environment.”

The home shell (which cost about $170 per square foot) essentially sits on a raft of polyurethane insulation beneath. A concrete slab was then put within the home envelope to help regulate the internal temperature. The slab may absorb a lot of heat before heating up, then loses it gradually, helping to regulate the internal temperature. “It states cool in the summer and stores heat in the winter,” Pratt says.

It’s essentially an airtight structure, with a ventilation system that’s constantly running. A “magic box,” as Pratt calls it, in the loft pulls fresh air in while exchanging heat that stays indoors. “Stale air goes out; new air comes from. The heat energy of the exhaust air is exchanged with that of the incoming air. The quantity of air in the home is refreshed about every two to three hours,” Pratt says.

The dining area, living area, kitchen, mudroom and powder room are on the ground floor. The kitchen is an Ikea foundation with custom ash details.

There are 3 bedrooms on the top floor. Locally sourced wood pine posts produce a hybrid- and stick-frame structure. The floor is just one layer of tongue and groove spruce.

To obtain Passive House certificate, the home had to pass a set of tests that determined how much energy it absorbs. (Just 4.750 BTUs per square foot for space heating are allowed per year.)

The certification procedure is a benchmark for energy intake, developed in Germany about 20 decades ago. It will be the standard in Europe for many building forms in the near future. In the U.S. just 13 houses have been certified to Passive House standards.

In a lot of ways the certificate is more strict than LEED certification, which is an accumulation of points made for things such as the selection of substances, the operation of the home, water conservation fixtures, the efficiency of the building shell, low-VOC paint, and careful preparation of the strategic structure and much more. (Pratt’s home is also LEED Platinum certified, the maximum rating.)